Alexandra is a medical practitioner who specialises in tropical diseases. She decided to work with UNICEF in Laos for two years. Alexandra was the registered proprietor of a fee simple estate in land with water views where she planned one day to build a rustic get-away cottage. While in Laos she left her affairs in the hands of her solicitor, Brendan. Unfortunately Brendan could not resist his gambling impulse and started to steal money and property from his clients in order to cover his debts.

Brendan sold Alexandra’s land, forging her signature on the Transfer of Land. Ian purchased the land without inspecting it. Brendan “let it go” for $300,000 – about half of its market value. Ian agreed to this subject to Brendan’s further condition that they conclude the transaction within five days. Coincidentally Ian read a newspaper report about Alexandra’s life saving work in Laos, stating that she was looking forward to getting back to her land in Australia and building that rustic get-away with water views. When Ian raised this with Brendan, Brendan explained that he was acting for Alexandra. He had not revealed this to keep it all simpler, but Alexandra herself had signed the transfer and couriered it to him. Brendan added that at the time when Alexandra did the newspaper interview her visa had expired, so she was returning to Australia, but since then the visa had been renewed. Now she actually needed the money urgently and was reluctantly parting with her lovely block of land. Ian simply accepted the explanation. Settlement of the transaction went ahead and Ian was registered as fee simple proprietor of the land. Ian was not aware that Brendan and the funds simply vanished.

Soon after acquiring the land, Ian mortgaged it to secure a business loan of $500,000 from ANZ Bank. The mortgage was not registered because Ian had mislaid the duplicate Certificate of Title. He promised to provide it or a replacement forthwith, but over time everyone forgot about it.

Ian told his niece Sophie that if she looked after the land for him she could live there as long as she liked, and he would leave it to her in his will. Sophie is highly qualified in organic farming methods. Sophie moved onto the land, living in a shack beside the front gate, and worked on it frequently, spending some $250,000 and hundreds of hours working on it. Through her efforts she gained certification to produce organic snow peas, leading to tremendous increase in the value of the land and the income it could produce.

Unfortunately, Ian’s business struck a difficult spot. He negotiated for another loan. A valuer employed by Out-There-Finance inspected the land and reported that it was worth $1.5 million Out-There-Finance advanced $2 million on security over all of Ian’s assets, including the land. Ian found the duplicate Certificate of Title and handed it over with an executed instrument of mortgage to Out-There-Finance. The $2 million was entirely consumed by Ian’s business debts to the taxation department, employees and trade suppliers.

The mortgage to Out-There-Finance had not been registered at the time when Ian fell from the balcony of an apartment while celebrating the new year. In his will, made 30 years beforehand, Ian left his entire estate, real and personal, to Flora – his lover at that time.

Meanwhile, alerted by her brother that Brendan had vanished and her land appeared to be occupied by someone else, Alexandra has returned to Australia and upon discovering the true situation lodged a caveat. Following news of the death of Ian, Sophie, ANZ Bank and Out-There-Finance have also lodged caveats.

Describe the interests held in the land by Alexandra, ANZ Bank, Sophie, Out-There-Finance and Flora.

Determine the relative priority between their interests, explaining the legal and equitable grounds of your determination. 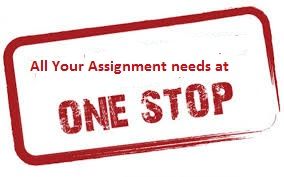